So, to liven up this rather normal Saturday morning, I went over and played with the Zombie Infection Simulator. Started an infection in San Diego (this is the U.S. map but I’m sure there are others) which took out people up to L.A. and pretty much stopped. Guess they figure Zombie’s would have trouble walking through the desert. East Coast was a different story though. It just kept on going. 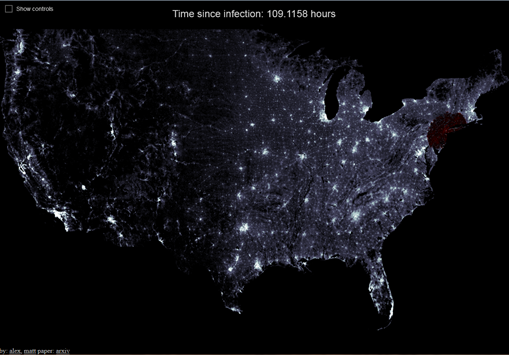 Not much else going on this early. Raining like a fool out there sometimes. Getting kind of windy too. I really would like a nice, sunny, day so I can get out and install that new transmission oil cooler.

Downloaded, installed, and started playing with VUE Pioneer 2014. I really like the VUE programs and am thinking of making some PERN sites if I can learn to use the program well enough. Hey, it’s free to try. Puts a logo on your render but you can get rid of that by buying one of the packs for it. Might be worth the bucks. Anywho, here’s my first landscape right out of the box. 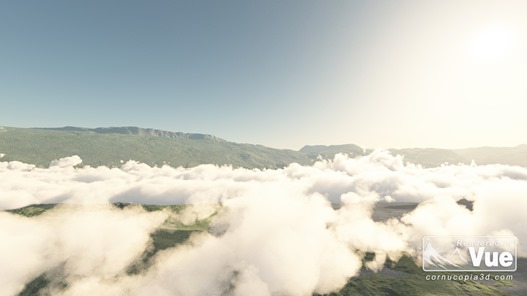 So, I got this envelope from the Coach-Net (which we joined when we bought the Caravan) in the mail today, that said OPEN IMMEDIATELY! I didn’t. Let it sit on my desk for over half an hour before I finally opened it. I hate being bossed around by inanimate objects; machines, paper, my ex-, The government. 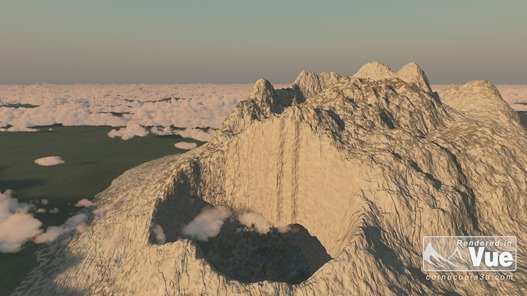 SWMBO got home about 1630 and took me to Casper’s (great pizza) for dinner. The usual stop at Safeway and we’re home. Short date today; but when you have Quality time together it really doesn’t matter how long it is.