This describes me to the T. Was sitting here at my desk at about 0700 when, of a sudden, I couldn’t look directly at my monitors cause of the “heat wave” in my vision. Which did it’s usual spreading out. Took a couple of heavy duty motrin and, so far, I haven’t had the actual migraine. But I do have that post migraine “zombie like” feeling.

Not that I want to eat your brains! But I don’t feel like being very physical. So I’ve been mostly sitting here ripping Season 2 of Star Trek TOS and watching the occasional episode. Quietly though. Very quietly.

And, in any case, not a whole lot going on today anyway. Had some sprinkling outside and the Sun only peeks out occasionally. Nice and warm when it does, but otherwise cool. Not really a hang outside day.

So I did some easy stuff inside that I’ve been meaning to do. Straighten up my room mostly. I sure have a lot of Windows Programs on CD on my shelf! Maybe I’ll put together a Windows 7 machine just to install all this “stuff.” I do kind of miss Vue 7. And I am moving all the other “stuff” I have (data backups and such) it all from the old external 500gb drives to new USB 2TB drives. Involves a lot of copying things around. 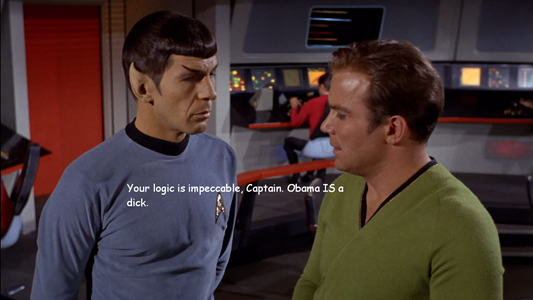 SWMBO got home and very nicely asked if I’d take her to MacDonald’s. Well, of course! Tis a miniscule thing the love of my life asks of me. No idea what she had but I had a medium vanilla shake & fry butts. Was good but I’ll have to stay up another hour or pay the price!

So, I think I’ll rip these 8 CD’s for her then hit the rack.