Bought 10 3-disc, and several 2-disc,Blu-ray cases to combine movie series into one case; cause, you know, having 2 or 3 cases for one movie series takes up SO MUCH room on the shelf. When they came (via UPS) I needed to poop (one thing old guys do daily (if you’re healthy)), but COULD NOT until I had switched cases on those I set aside to do.

Spent a lot of yesterday moving my 2-meter antenna’s around trying to get better connection with the MCARC repeater. Slight improvement but I really need to get off my duff and mount them UP where I’ve been meaning to. Probably will do that after Field Day. And after spraying with that Hornet killer stuff.

Today the Wx has been better; warmer without being too hot (for WaRshingtonians) so me and the Dog have been going on walks and working outside as much as possible. Been throwing the balls for him to chase.

The “Hodge-podge” planter (mixed up seeds. No idea what) had a bunch of green weeds with purple root growing in it. Same “dirt” that’s in the other planters but this is the only one they’re growing in. No idea what they are, but there was a bunch of them. I pulled them out. 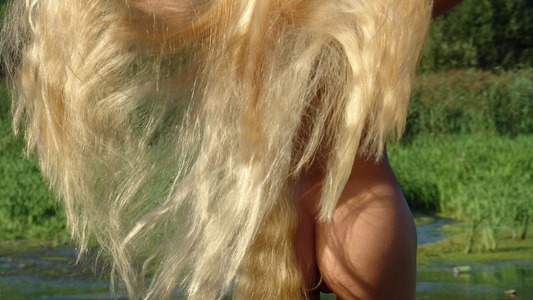 The new batch of lima beans have sprouted; so I powered them with rolly polly bug killer so they wouldn’t get eaten like the last batch. Planted some more beans.

Starting to get ready for Field Day; since that’s this weekend. Still need to make a list of food to get for the Club. At least I got the Club site updated. Going to put my 857d in the Caravan tomorrow. Monitor and the rest Thursday.

But we’re home and she’s in her room doing her homework. I’m finishing up here.