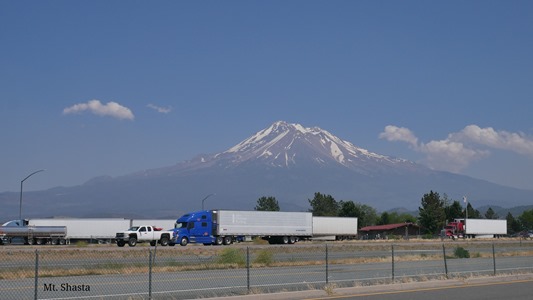 Left at zero-dark-thirty (0500) Wednesday morning. Made it to Sacramento, Ca. Nice ride. Lot’s of smoke in the air starting around Medford, Or. Fires in Calif. Can see why Calif would burn off the map with all the dried grass on the hills. 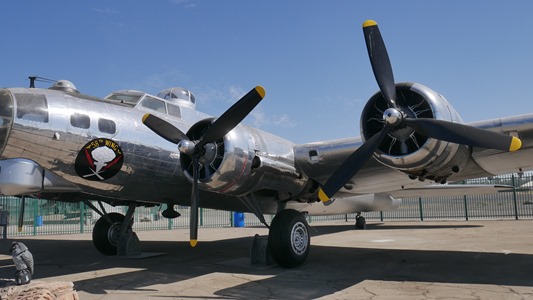 Got up and left early Thursday and arrived in Rialto, Calif about 1400. Nice to see my Step-Mom! After sitting at her house a couple of hours we took her to dinner for a coupleof hours. Closer to three.

Glad to be inside though since it was 198 degrees outside! Phew even for me! 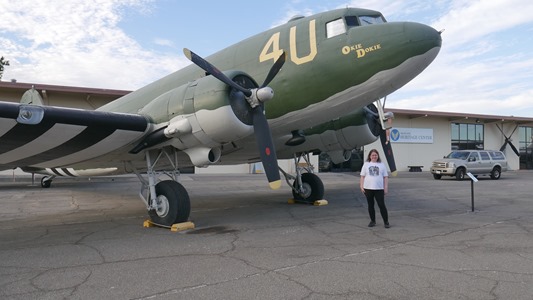 Up early Friday morning and headed off to Fairfield, Calif to see my Sister. Got a room at the Inn on Travis AFB; nice! $60 instead of $130+. Took a lot of nice pictures of their airplane exhibits and SWMBO.

Got to see my Sister (first time in about 40 years) for only a little while since she had to get ready and go to work. Nice visit though. I could probably hang around with her. 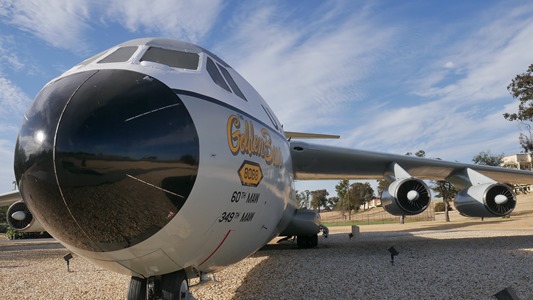 Then we headed North. Spent another night in a motel (Days Inn. Crappy.) and made it back home about 1730 last night (Sunday).

Tired! Holy Crap tired! And had trouble falling asleep. Finally took my medicine when we got home and was up pissing until late. 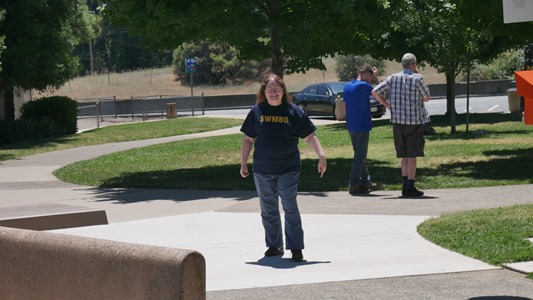 All in all: Nice trip seeing stuff I hadn’t seen since forever (last time I was in Calif was 1993 when we moved up here) with my schweetie. She is the best traveling companion!