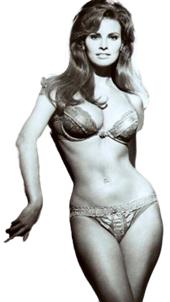 Seems a lot of time has passed that I haven’t any damned clue what the Hell happened. I know I’ve been mostly home, working in the basement and other things; but it’s all run together.

Did build a waterbed frame and took most of last Monday to get it put up in the bedroom. Sleeps a LOT more comfortably than the “old” bed. Once the water bladders warmed up it’s been fairly nice. Still would pay for a decent nights sleep though. Tired of Old Guy midnight walks to pee. Plus any noise wakes me.

Lost power one day last week for a few hours. Woke up when my cpap quit feeding me the air I need to survive! Had my radio’s (permanently on batteries now) and my 4g tablet (and phone) so I didn’t really lack

for things to do. And once it got light outside me and the dog went for our walks anyway.

Other than that it’s just SSDD around here. Will Damned Sure Be Glad When Winter Is Over though! We aren’t having the minus temps they’re having back east, but still, it’s cold outside. Going to get wet again starting tonight. Keeps it warmer around here but, it’s wet.

NMARES meeting went well last Thursday. We’ll be meeting in the Library from now on though since Fred is having to close his office. Bummer. About Fred.

Just not a lot going on. This Windows computer is working great but I really don’t like Windows 10. Especially when it doesn’t let me connect to my NAS because of “security issues.” Something about smb2 vs smb4 or something like that. Gonna have to get elbow deep into it and get it fixed. Pisses me off though.

Had to partition most of my drives on the Linux machine. Their partition manager said my 5 TB drive and half the other 5 TB drive weren’t partitioned. So I spent a WEEK backing everything up before repartitioning them. Now everything seems to be working good. Still copying things back…

And that’s it. It’s Cold outside. Still gets dark way to early. Doing things in the basement and around the house. I’m still old and boring.