Last Saturday on our Date Day, SWMBO made the mistake of taking me to Home Depot. Part of the $400 (or so) I spent was on two $99/ea Glacier Bay High Efficiency Elongated Dual Flush Toilets. Our toilets have been in dire need of changing for about 10 years.

So, Monday I put the one in my bathroom. Took about 2 hours (cause I’m old) but wasn’t too hard to do. Matter of fact the hardest part was taking the old toilet out

without making a big mess. Which I mostly managed to do. The new one went in and after testing for leaks, seems to work just fine. It’s a couple of inches higher than the old one but I think I’ll get used to it. Strangest part is the flush buttons (buttons) are in the middle of the lid. Left button is for when you just urinate and the right one gives a full flush. Or so it’s supposed to work.

Yesterday I finished up the lights and surface mount wire hide thingies in SWMBO’s room, so I put her new toilet in. After all, the King can’t have a new throne without the Queen getting one for herself too! Had about the same difficulty taking out and putting in but I think it went a bit easier. Tested for leaks before buttoning up the whole thing. Her first comment when she used it last night was “seats different.” Well, yeah. New Toilet. “It’s higher than the old one.” Well, yeah. New Toilet. But she thinks she can get used to it. (Hope so cause it ain’t changing.)

So we’re thinking of getting two more: one each for the basement WC and one for the MILA. At $99 it ain’t a bad deal. 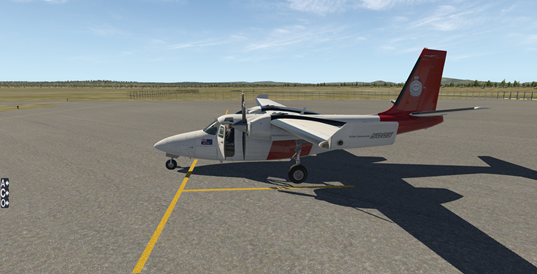 Also mounted the BR/DVD shelves on the wall to get everything up off the floor so I can pull the carpet out and put flooring in. Having a bit of trouble finding places to place the things from the big room to free up the floor. Library is going to be crowded for awhile.

I’ve started packing up the Renter’s stuff so I can move it to storage someplace. Of course, if she comes back she’s going to be pissed, but, hey, she abandoned the place legally. Now I need to get a collection agency to go after what she owes me. And the Sheriff involved with the eviction. Bought a big rubber bucket and put all her dirty dishes in it and put it on the front porch. Gonna have to bug bomb the place. 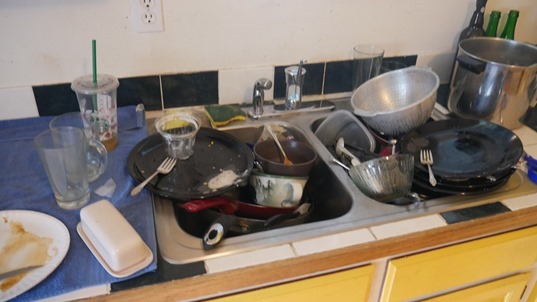 I sent a registered “3-day pay or leave” notice to her work, B&R Auto Wrecking, cause I don’t have her address where she’s actually living. Well, they (B&R Auto Wrecking) signed for it then sent it back to me with a note saying “We don’t deliver mail to our employee’s.” I sent it back to them today with my own note: “When you signed for it so you took responsibility for delivery (registered!) AND now someone from B&R Auto Wrecking will have to go to court with me to explain why delivery took so long or didn’t happen. And I’m going to have to have a Sheriff serve her papers at work since I don’t have her address.” We’ll see how that goes.

Anywho, there are probably 20 or 30 more things I could piss and moan about but I’m really not in the mood. Lucky You! Weather is partially wet and pretty breezy today and supposed to be that way for the next few days. Has been that way. I’m thinking I should head for Texas.

I’m thinking of sticking those two toilet tanks I took off to the cement wall out back and filling them with dirt and making sort of hanging planters for cherry tomato’s or something.