My neighbor just called me and asked me if he should buy a desktop or laptop computer. Well, Hell. “What you want to do with it?” was my first question. You see, he’s slightly computer illiterate. Naw, can’t really say that; he’s just plain out computer stupid. (But he tries!)

He wants to “check stuff out” on the Internet.

Dude! A Nexus 10 (or even a Nexus 7) would be just the thing to “check out” things on the Internet at about half the price of a decent laptop. More portable also. Maybe easier for him to use.

But then he says he wants a printer also to print “stuff” and pictures of his recently departed friend/dog, Sasha. Dude! Load those pics on a flash drive and take them to Wal-Mart for prints. That would be better than any print you can make on a printer you can afford. Probably cheaper in the long run. 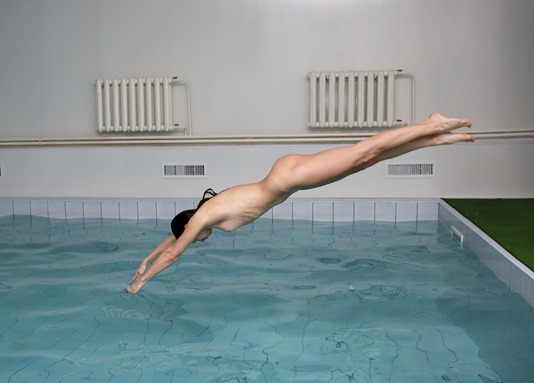 So we talked for awhile about desktop vs laptop vs pad. He’ll probably go with a laptop (which is good) and a network/wireless printer. Of course, he’ll print his pictures and they won’t look “right” and wind up getting prints made anyway.

Anywho, got the 3 new cabinets mounted (though I need to redo one of the screws) so tomorrow I should go to Home Depot and get 10 boxes of flooring to start that. Getting to where I just want the job done so I can start on something else. It’s a vicious circle, it is!

Oh, Joy! Had to make a run to ACE for a countersink. Cost almost $8 and the damned thing broke drilling the 2nd hole! I really wasn’t applying much pressure either. Be hard to prove for a refund though. Well, the countersink part still works so I’ll have to drill a hole with one of my other drill bits then countersink it.

It’s kinda hard matching up the whole edges of the cabinets.

And that’s pretty much what I did today. Did get the once cabinet (that’s going to hold the microwave & toaster) cut and put in place. Put the wall back in and nailed it down. 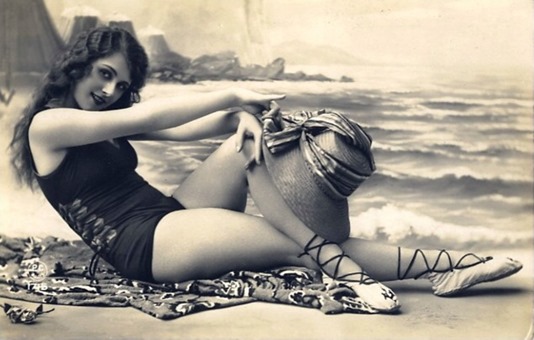 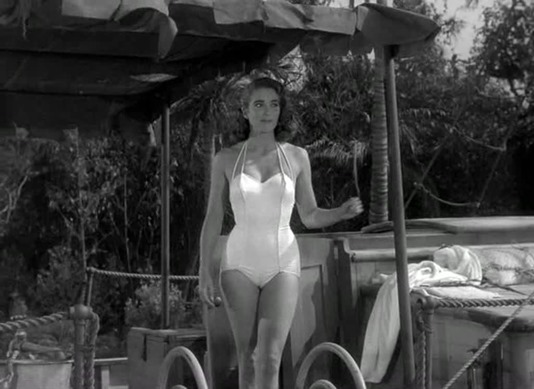 And that’s about it. SWMBO is home safe and eating her dinner. I’m finishing up a few things before going to lay down and read a bit.

At my advanced (and continually advancing) age, waking up in the morning. And waking up next to that Sweet Young Thing I married almost 26 years ago! How does one man get so lucky?!

About to take the toolbox out of the back of the truck and go to Home Depot in Silverdale for those cabinets. Luckily it isn’t supposed to rain today.

Okay, This is how it looked just after getting back from Home Depot: ($900 later!) 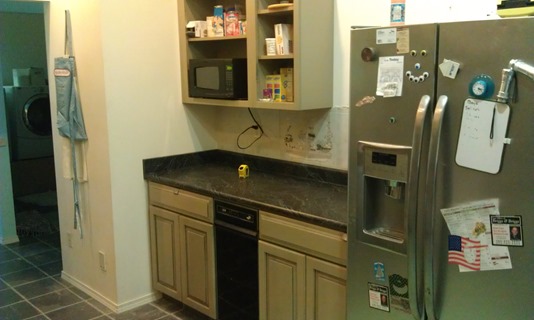 This is about an hour later: (That ceramic tile did NOT want to come off!) 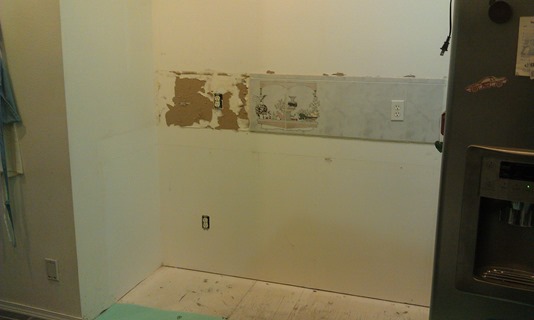 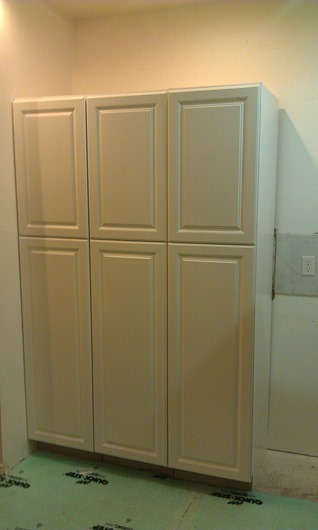 And looking at all that cabinet in place, I’m not sure if I like it or not. I will really need the floating island just for the counter space. Damn! WHY do things not look the same in reality as they do in my mind? There is just enough room between the right-most cabinet and the fridge to put the trash compactor, but I’m going to have to build a special cabinet for it. Then there will be just enough counter space to pour milk on your cereal. It is going to be tight though.

I’m tired and not doing any more today. Those things are heavy!

And pretty much stayed that way. Mostly. Bowl of Cheerios and watching a show about the “War of the Worlds” broadcast way back when. Its only 0900. 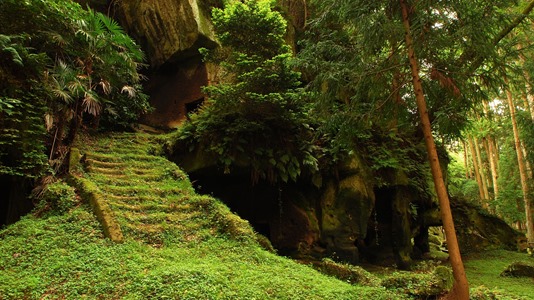 Started pulling up more of the flooring in the kitchen. Gotta have the new floor in before the cabinets are refinished. Gotta get the new cabinets in place also; which means getting out to Home Depot or ordering online and picking them up. Assembly and installation. I have way more skills than I want sometimes! 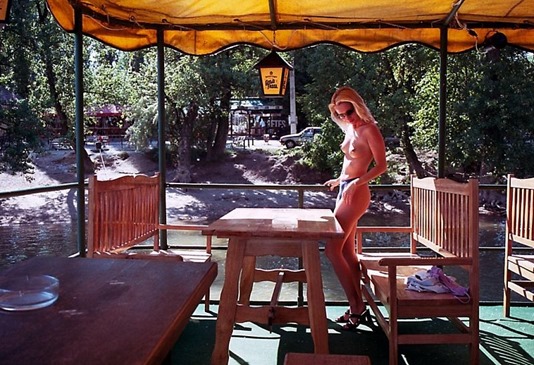 I have so much to do before the guy coming to measure everything for the refurbish gets here! I think things are going to be delayed a week or two. It just can’t be helped; especially since I’m doing all this alone.

Found the cabinets we need at Home Depot for $280/ea. I need three. SWMBO found some like them, custom built, online for $1400+. We’re going with Home Depot on this one. 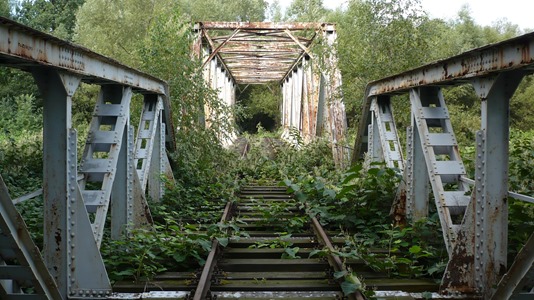 Hoping the MCARC Sunday Night 2-meter Chat Net goes well. Several folks at the last meeting mentioned how much they liked that crappy video I took of the antenna repair with the drone. That was nice.

Wow. The Net went really well. Not many communication problems. Most everyone came through really well. Had 12 check-in’s (including me). Not bad at all!