Which is good. I’ve gotten to the “itchy” stage of the healing process. Which may not sound like a big deal to you, but, when that itch wakes you up at zero-dark-thirty and the non-ignorable itch is up your butt, you appreciate being able to scratch when required in a whole new way.

But, be warned, your spouse/significant other WILL look at you strangely. And ask if you need help. Maybe.

Decided that I *need* to lose weight. About 50 lbs and I can get off the cpap and (probably) the blood pressure meds. But I don’t want to get caught up in one of those “eat right and exercise” scams.

Otherwise, SSDD around here. We’re moving into the “wet” season so it’s been darker (and rainier) the past several days. Doesn’t do my solar much good. Supposed to get around 3 inches between now and Sunday evening. (And it’s supposed to rain too! (Couldn’t resist.)) It is wet out there. Back 40 is getting flooded. 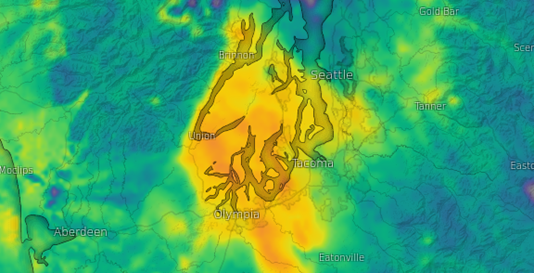 Anywho, nothing going on except it’s raining cats and dogs out right now. Got dark about 3 hours ago. Think I’ll find a movie. Or get back into my book. Dead or Alive by Clancey.

Or, more specifically, I Hate This Wx We’re Having! It’s not even officially Winter yet. 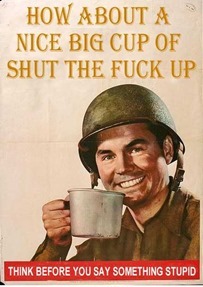 And this getting dark at 1600 absolutely sucks. Daylight savings? Where the Hell are we saving daylight?

At least they finally got smart with the speed limit over by the school/baseball diamonds. School sits way back from the road and the chance of hitting someone is way low. The baseball diamonds are busy for about 2 weeks n the summer. Speed limit has been 20 the whole way. Not now. They changed it to 35 mph with signs about “20 when flashing.” That makes way more sense. People still slow down going through there though. 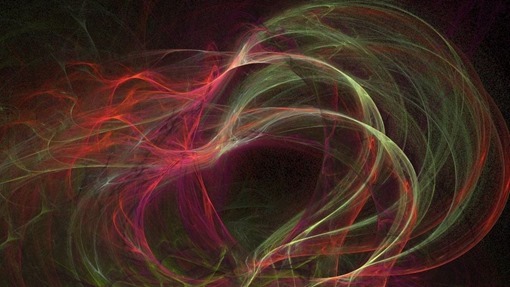 See where Herr Inslee has proclaimed even more draconian covid measures. I’m pretty sure he’s out to destroy the economy of this state. I was totally surprised when he got re-elected; sorta. This IS a liberal state. But I was hoping conservatives would get out and vote. But don’t get me started.

Was going to buy me a Struck mini-dozer with attachments but think I’d better hold off on that until I see how badly the Democrats fuck up our economy. Not sure how much money we’ll have left over after they take “their” 86%. SWMBO says WE won’t be targeted but I think she’s living in a dream world. We’ll see. Luckily our RV is paid off and we could always move into it and rent out the whole house. If needed.

Spent half of yesterday repositioning and rewiring my solar panels. Needed to move them to a place more in the sun for longer during the day and put larger wires connecting everything together. Was fun but I got soaked since it was raining. 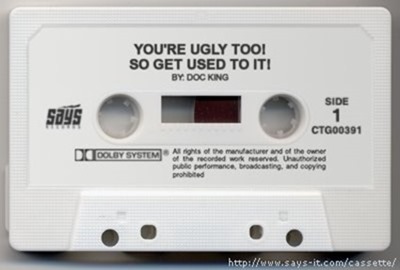 Ordered a power supply so I can fix my old computer. It’s the only computer I have that my blu-ray drive will fit in. Need the blu-ray to rip any new blu-ray movies we get. My NAS probably thinks my blu-ray throat has been cut since we haven’t bought a move in months. (Haven’t seen anything on the shelves I’m interested in watching/owning.)

We learned two very important lessons way back in the 2200’s when Hyperdrive was first invented and being refined. 1) DO NOT go through a Sun or other planetary body, so 2) Stop about half way and modify/refine your course.

The 3rd Hyperdrive ship was dispatched to Betelgeuse to finally check if the thing had gone, or was about to go, nova yet. It could have but the event just not visible from Earth. We wanted to know. And it’s only 4 days away at HS.

We have no idea why HS3 hit Betelgeuse at Hyper Speeds. Hell, we didn’t even know they’d done it until HS 53 went to check it out almost 40 years later. HS3 hit and made a small (8-10 Earth sized) hole in the front. And complete blew out the back. Left several 40-50 Earth sized “blobs” of white hot plasma (one of which enveloped the only planet to be found in orbit) and a 65 BILLION kilometer “streak” of star stuff pointing out into the galactic void. It’s been estimated that this will fade in a million years or so.

Betelgeuse itself will probably not nova now. We just don’t know. And we won’t even be able to see the damage done from Earth for another 600 million years.

But the Government will keep an eye on it. Just in case.

Then there’s the “boner” problem with HyperSpeed. HS affects the mind, no, let me rephrase that: HS affects Male physiology such that about 4 minutes into a “jump,” every male onboard will get an erection. Said erection lasts until about 4 hours after the trip is over.

There are small companies that have 2-day “excursions” for the older gents crowd. One  day out, one day back for you and your lovely-young-bride/partner with specially padded null-G staterooms where your imaginations are the only limiting factor. And your heart.

I had a friend that used to tell female first-time HS passengers that it was their fault and they needed (needed!) to do something about it. That they were the only one that could do anything about it. He was surprisingly successful. Got strangled by a jealous husband on the way to Alpha Centauri 5.

Raining fairly hard this morning. Stepped out on the deck and the sound slammed me in the face. Not the rain, but a zillion raindrops hitting a zillion dry leaves. Kind of a muted roar. Almost sounded windy but there was none. Neat!

So the Dog and I did our usual mile anyway. You just dress for it. Me in my poncho and him in his yellow raincoat. I was stationed with the Marines far too long to let bad Wx stop me from going out and the Dog doesn’t care. Rain, shine, snow, wind, it don’t matter. (Although I do wear my hard hat when it’s really windy cause I saw on the Internet that that’ll stop that tree falling on me from injuring me. You know: like our covid masks keep us from getting the covid.)

Otherwise, not a lot going on around here.

My Network/Internet connection started going slower and slower until, finally, I couldn’t stand it anymore. I mean: 8 hours to transfer a 1.2 Gig movie to my NAS. Rebooted a lot. Rebooted these wall-wort things I have that give me connectivity through the power lines. Rebooted the modem. Didn’t work.

So I ran a 50 ft cat-5 cable (don’t ask) to check if it was my computer or what. Wasn’t my computer. Soon as I plugged the line in and my computer found the connection everything jumped back up to normal. Yeah, that same movie file took 8 whole minutes but that’s way better than 8 hours.

Now we have a 50 ft cat-5 cable running along the wall from the living room to my room. Taped down across doorways, of course. And that’s probably going to stay there until I learn how to make my own cables (I have 500 feet of it I got at St. Vinnies for $15 and all the “stuff” to make them) then I’ll check into wiring my whole house. Come up from the basement or down from the attic?

Uploading all my “local events” pictures to Google Photo’s. I really need to pick one place and upload my pictures that I want to share to ONLY that one. I’m spread all over the place. Was supposed to be Flickr but they went expensive. Google Photo’s is actually easier than Google Drive. Way easier than my photo site that I maintain.

Anyone interested in pictures of old cars and planes?

Election Day. I have Q13 on in the background (only channel we get out here) and glance at it occasionally. Lots of businesses boarding up for the after-election violence that’s been promised by various factions. I really hope Trump and the Republicans win by overwhelming majority that can’t be disputed. Won’t happen, but I can hope.