Mike & Dawn White (and their kids). Can’t stand them. The original “Neighbors From Hell.” They have absolutely no consideration for the rest of us with their kids racing their dirt bikes up and down the road. Trespassing when they please. Noisy at all  hours of the night. The kids (9 & 16) and their friends yelling “Fuck You” back and forth at the top of their voices. They were out shooting towards each other a few weeks ago! (You could hear them screaming “Don’t shoot towards me!” at each other before the sound of gun fire.)

Anytime we have “differences” they make comments specifically to put me down. This is our latest “difference.” 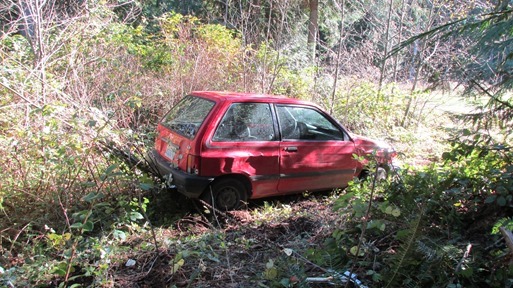 They’ve “dumped” this broke down car on my property. Without asking. Because, according to their oldest boy, “Well, you don’t use that piece of land anyway. So why not?” When I called them on it they resorted to personal insults. It’s not like I expect them to take responsibility for what they do or anything. A modicum of consideration would be nice; but also too much to expect of them. Well, I’ve had enough and if it’s still there tomorrow morning I’m calling the police and a tow company.

Then I’m going to research a Surveyor and figure out how to put a tall fence between us. It’ll be worth the price. And a LOT nicer than what I want to do. 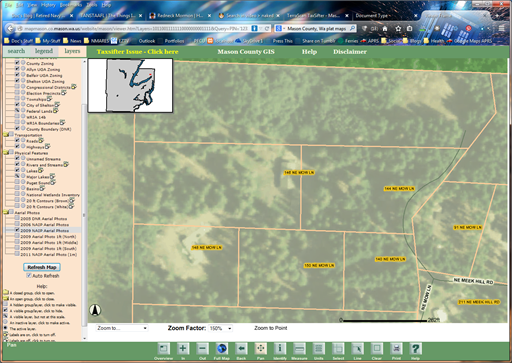 Other than that’s it’s been pretty much a SSDD Tuesday around here. All the usual chores and made a dump run. Made a run to Safeway to get SWMBO some of her special chocolate milks. (Ordered her a new battery for her phone last night. Present one has been dying after about half an hour of just sitting there. Man, they’re spendy! $10 for 2!)

AE7GC asked me to take the MCARC 10-meter Chat Net tonight as he will be doing something else. No problem except I can’t hear everyone that may join us. Guess we’ll just have to make do and relay a lot.

Starting to feel damned cold outside. Supposed to drop down below 30 degrees here tonight. Oops, Steve on KOMO says about 25 degrees in the “outlaying” areas. Of which you can count our place. (Which I like.)

Wow. Seems we had a heck of a wind storm here last night and today; mostly on the other side of the sound. Lots of tree’s down and people without power. We had some wind here, but nothing like that. It’s coming down off the Cascade Mountains.