And SWMBO read me the riot act. But we’ll get to that.

Got up early (like I do every morning) and headed out just to look at new Trucks. Saw a butt-ton of them and they all came in right around $30k. Even the Base Model Tacoma started out at $26k and was $30k or more when they added everything up. Most trucks were way out of the price and payments I was looking for. 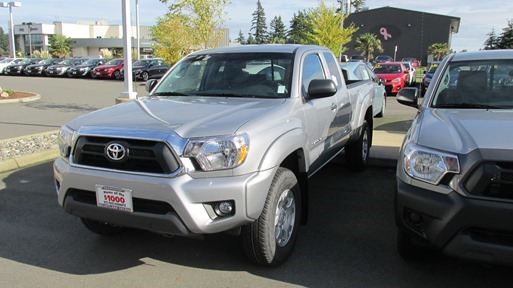 Then I got to Haselwood Chevrolet. Brand new 2015 Chevy Silverado Z-71 marked down from $43.8k to just under $33k and with all the rebates, discounts, $6600 trade in value, and military stuff it came in right at $30k with a monthly payment that was ($200  higher than I was looking for but) acceptable.. So, somehow, I wound up signing all the paperwork. And had to get SWMBO in to sign the paperwork also. 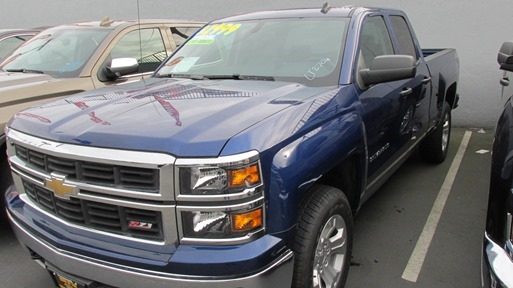 She was not a happy camper. What it boils down to is: She understood/believed one thing. I understood/believed another. Both of us thought we were in accord. Now I feel like the most worthless piece of crap husband in the world. I absolutely hate making her feel bad. Being angry with/at me is one thing (and semi-frequent); being hurt by me is a completely different animal.

Yeah, Thirty years down the road and we still miscommunicate.

Same thing happened with my Ranger though. I went out just to look at trucks, and bought that one because it really was a great deal at the time and I needed a truck. That worked out. This will work out. Even if I don’t win the Lotto. Will have to put off buying the R-Pod for awhile though.

Of course, I don’t know if I’m just being optimistic, or stupid. I wouldn’t ask SWMBO for an opinion on that right now.