Honestly? A “sudden” late (late!) Winter Snowmageddon type snow around here would not surprise me in the least. Not that I think it’ll really happen; but it wouldn’t surprise me. If there’s one thing you can count on in Western WaRshington: it’s the Wx being fooked up randomly.
Was looking for a 32″ tv to put in the RV. Well, we had a 45″ TV/monitor just sitting in the library (not really doing a thing), so SWMBO said I could replace the 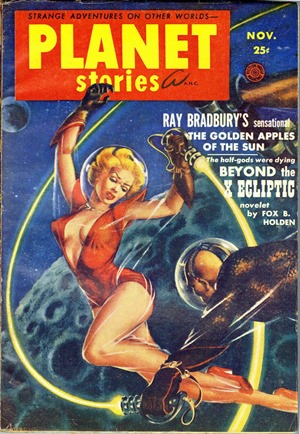 32″ TV/monitor in her room with it. Cool! That’d give her a larger monitor (attached to her laptop) and saved me $100+. So I did that.
That fancy digital antenna in the RV found 5 local channels during a scan for them. Then I remembered to turn the fancy digital antenna on, and it found 21 channels during the scan. Cool! Except all of them are for shit. Everything from QVC to fat gay cowboy comedy/drama (Q13). I don’t think I’ll be watching much “free” TV. The Radio Pi3 will double as a media player (with KODI) and we’ll take along the backup movie drive. Or I’ll make a new one just for the RV. (Which would probably be better in case of loss.)
And don’t get me wrong: I care less if you’re a fat gay cowboy; I just don’t want to watch it. We still do have the freedom to turn the damned channel when we want.
Date Day! SWMBO is going to take me to get a $100+ pair of shoes that are supposed to be to die for comfortable. Which I really need or I wouldn’t even consider spending that much for shoes. I used to wear 8 1/2 Wide but that’s morphed into 8 1/2 Double Wide in my advanced age. Funny how everything droops and spreads out the older you get. (Heck, I can’t even wear a thong cause my balls hang down about 4-5 inches on either side of the strap and it’s pretty uncomfortable. Long story. Needed the bucks. Let’s not go there!) (Just kidding!!!) (Yeah, get THAT picture out of your mind now.)
I see where Biden plans to issue executive orders today in an effort to ban so-called “ghost gun” sales. Like we don’t already have laws to handle that. But, “they’re” doing this to make him feel useful until Kneepad Harris can get him taken out. Killary must be spinning in her lair in madness that Harris will become the first woman President. (Ha HA HAA, Bitch!)
A major airline promises to count by race when hiring pilots. But can he/she fly the damned plane?? And didn’t we all go through a 60’s & 70’s thing trying to get rid of choosing folks by race? Wasn’t it a BAD thing to consider a person’s skin color for anything at one time?
So, walk taken. (Phew.) Breakfast eaten. Dishes in the dish washer. Hummingbirds fed. Radio scanning 10-meters “just in case.” Kong: Skull Island playing in the background cause I got tired of the Viking Music on YouTube. Think I’ll go dig another tree up while waiting for Date Day to start.