On this date in 1969, I was attending the Upward Bound Program at Arizona Western College just outside Yuma, Arizona. But, like almost everyone in the World that could, I was glued to the (small black and white) tv we had in the Dorm TV Room; watching as Men (American Men at that!) landed and walked on the moon. Astounding!

Now, I live in a World where one day no one had ever walked on the Moon, and the very next day, two men had. That was just amazing. 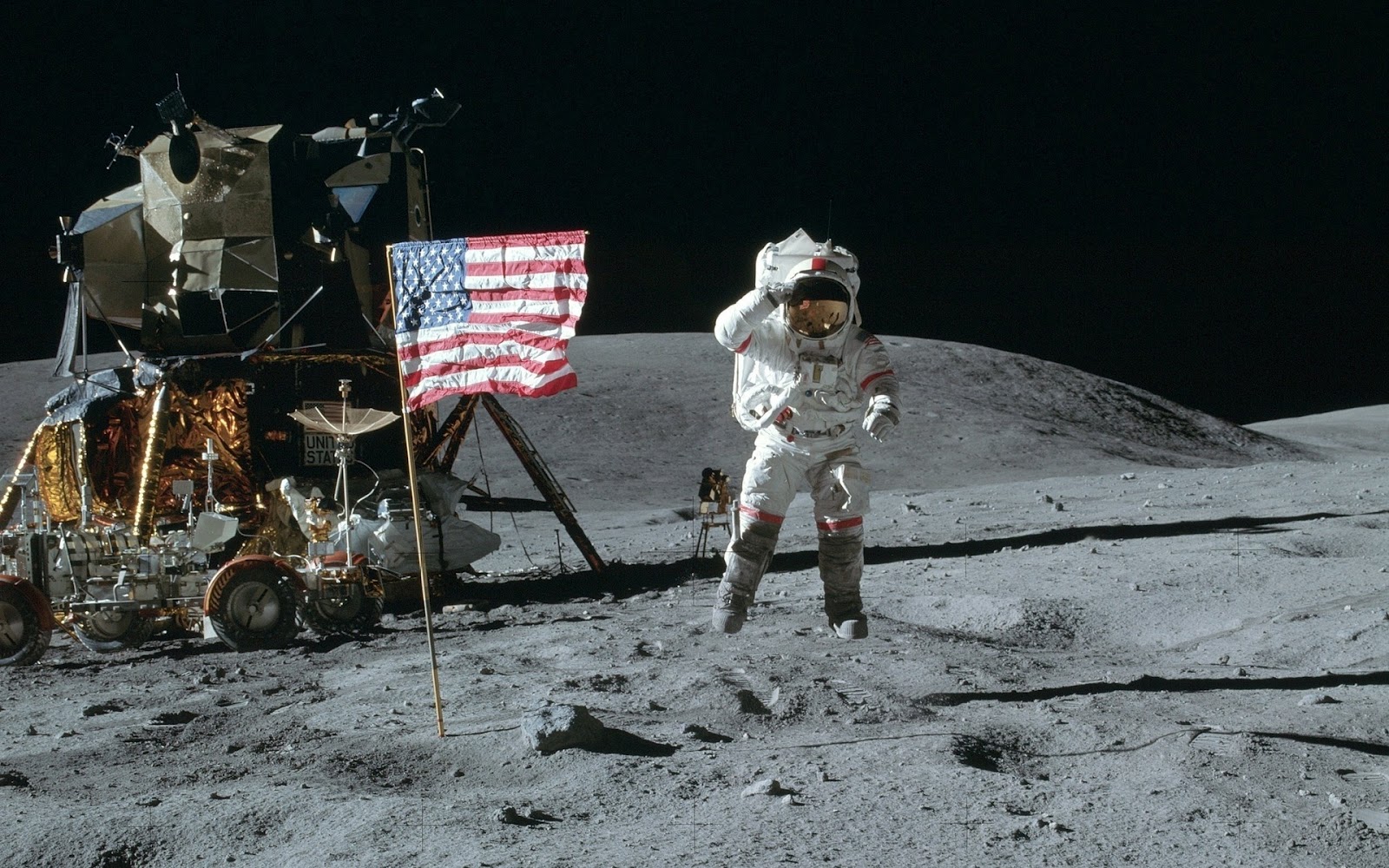 Of course, I think we ought to have colonized the Moon by 1980. I’d have volunteered to go (in a freakin’ heartbeat!!). But we didn’t. And we won’t until long after I’m a faded memory in a photo albulm somewhere. Which is too bad. Sometimes I curse Heinlein, Clarke, Del Ray, and a lot of other authors for getting me all excited about space. (But not often.)

Not a whole lot going on around here today. Nice outside so the Dog and I took off all our clothes and took a walk around the back 40. Mowed the front-upper and front yards and the path we walk around. Nice out there! Damned nice out there!
Moved some things around to make room for a dump truck to dump a load of that compost/dirt we get. Will probably order that tomorrow (when it’s supposed to rain some). Today I ain’t getting dressed to go anywhere. Already did that to check mail.
So I spent the rest of the day just farting around outside as much as possible. Had to chase the neighbors-from-Hell dog off. (Every year they get a new dog. I think they lose their dogs to wild life in the forest back there.  Every year I get to train a new dog to the sound of pumping up my BB gun.)
Anywho, I’m outta here.