I used to post a LOT more than I have been lately. Not sure what exactly the problem is. Probably cause it’s Winter, Dark, Rainy, Dismal, Dreary, and get’s dark WAY too early. Lucky y’all! 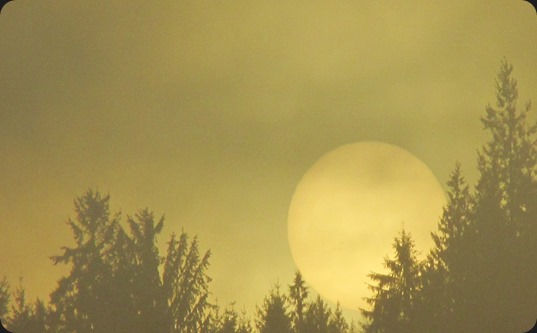 And, honestly, not a lot going on around here other than SSDD. Did try pushing a Honda (Civic?) off my drain field (where it was delivered after dark by someone that dropped it off (for my Renter) and booked as fast as possible) and thought I was going to die! Chest pains. Dizziness. Shortness of breath. HAD to sit down or fall down. Man! Sucked cause I don’t think that car can weigh in at 1200 lbs. Think I’m getting Old.

Got my new Windows 10 machine in and set up. Ordered a new half-height video card and that came in and was installed with a minimum of fuss. Works great! I have maxed out all the settings in X-Plane, MSFSX, and Lock-On and everything looks great! We’ll see how it holds up to installing and running plug-ins and stuff. So far I am not disappointed. I do need to get a bigger power supply though. Soon.

So, my room is starting to come together rather nicely. Five monitors hooked to 2 desktops with the option of hooking up 2 laptops and have 2 Raspberry Pi3’s doing various things. Also have a Pi3 left over that I’m thinking of turning into a weather station. We’ll see.

But, now that I have a Windows 10 machine (would prefer Windows 7) I’ve moved Open Live Writer to it and now no longer HAVE to run that Windows 7 virtual machine. Which I will keep “just in case.”

Ordering a Yaesu ft-991a in the next few days. Thinking of mounting my 857d in the truck or the Caravan. Probably the truck though cause I can still use the 140/440 in the meantime. Then if we get somewhere and I feel like doing some HF I’ll take the Alpha Antenna out of the tool box, hook it up, and see who I can contact. Probably need to get a smaller tuner though. Hmmm…

SWMBO made London Broil for dinner tonight so I made her Snickerdoodle cookies for a snack.

Yesterday she took me to El Sombrero for dinner. Had way (way!) too many refried beans and am paying for it tonight. Honestly, something died…