After using that WugFresh program yesterday, Thunderbird and this Live Writer was having trouble connecting through the “system proxy.” Had to spend about an hour tracking things down and fixing it. Finally got to where I can post but who knows what’s going on inside this thing. Sometimes it’s almost enough to make one just give up the Internet! You can’t trust anyone.

So, guess it’s time to reboot with a clean USB drive and do a system scan. That’ll take time. One would think that with all the shit I have running in the background one wouldn’t have to worry about running afoul of viri and people trying to mess your shit up.

Pretty “normal” Sunday around here so far. Lots cooler when I woke up today than it has been lately. Slept late again.

Had trouble getting to sleep last night cause I was worried if I had the alarms on the Nexus 7 setup right. I’m the principle “waker upper” in this house. I think I woke up at a quarter after every hour last night! And it was only at 0715 this morning that I remembered today is Sunday and I don’t have to worry about getting anyone (but myself) up. Damn! Sometimes I think of letting SWMBO be responsible for getting herself up in the mornings.

Talk about a lazy Sunday! Got busy “playing” with the Nexus 7 and didn’t get my shower until around 1100 and breakfast at 1115. Damn. Lazy. Dude. Sometimes. Also, we bought the original Ninja Turtles movies on blue ray at COSTCO yesterday, and I’m ripping them to .mp4 for our Movie Drive NAS. SWMBO also got the Kurt Russell Disney movie collection she wants me to rip. 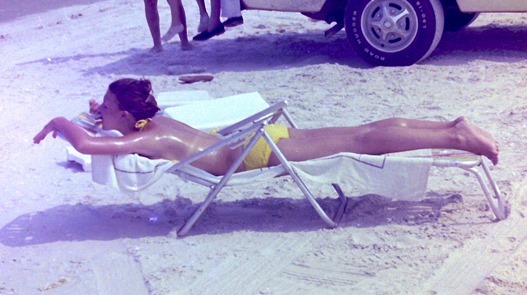 Got my Nexus 7 mostly re-setup. Everything was working fine until I reinstalled Facebook. Then it went to shit. Even Tumblr, which has been really dependable, gave an error and asked if I wanted to close it. I’m going to uninstall Facebook and see if that helps. Otherwise I’ll wipe it, again, and start over, again.

There’s a 90% chance of rain (and maybe thunder storms) after 1100 today. It’s 1130 and I’ve seen neither. What up? I figure if it’s going  to be cooler than it has been (high of 69, maybe, today), cloudy and breezy, it might as well be raining. Especially since we really could use it.

Watered the garden. Picked some cherry tomato’s that came in. We Got Black Berries! Eatable, even. I love Black Berries.

Well, we did have a little bit of rain and enough Thunder to make me disconnect all my antenna’s “just in case.” It really didn’t last long though. Maybe a couple of minutes. Not even enough to get the ground wet. Ah well.

SWMBO made her famous spaghetti for dinner. It was good. We’re pretty much settling into our evening routines. MCARC 2-meter Sunday Chat Net in about 3 hours so maybe I’ll watch a movie. Or go flying.

My reception during the Net sucked! Although everyone said they had no problem hearing me. But we got through it. Even had a new person check in. Cool!