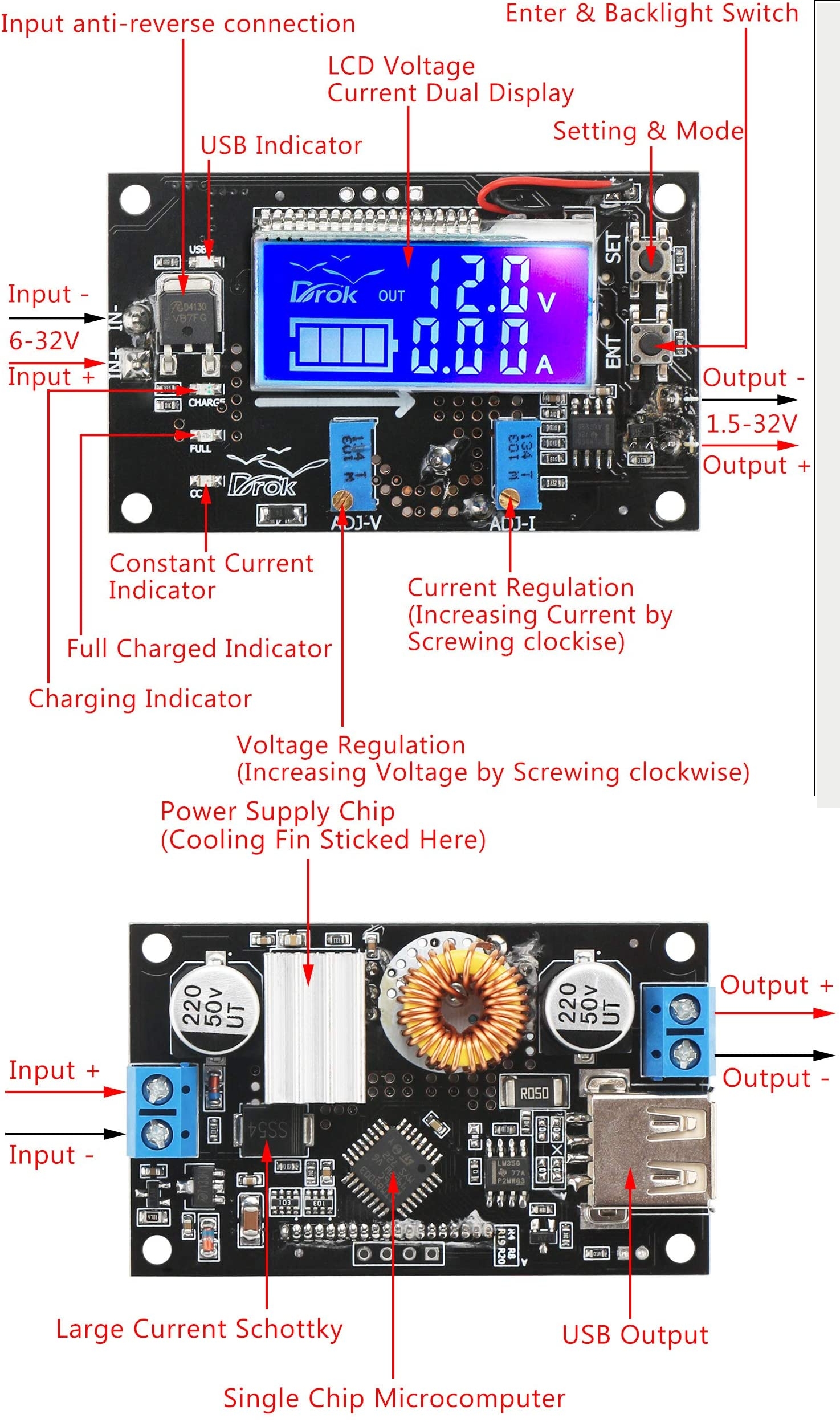 Started out raining/sprinkling today; but got worse. Then the Dog and I went for our walk. Then it got better.

That thing you see to the left is the power buck I bought to run the Radio Pi3 from battery. Now, do I wire up power THEN adjust output, or, attach a load then wire for power and adjust? It only cost $13 but I still don’t want to ruin it. Nor what I want to power. Then, can I get the full 5v 2.5a from the USB AND another voltage/amperage from the power posts? Tings to try!

Speaking of which: I’ve always been told to NOT plug in/turn on a pc power supply without a load cause it would explode. I have an old power supply that I think I’ll plug into an extension cord and set it outside and plug it in just to see if that’s true. (Yes, I know it doesn’t “explode” as in shrapnel and, you know, Explode!) Come to think of it, the expected output (fizzle) may not meet desires (boom!) so why waste a perfectly good power supply. Nevermind.

I HATE wires running all over the damned place yet everything I’m involved in involves massive amounts of wires. Running all over the place. Even woodworking involves running power lines. Yet I’m not sure if I’d trust wireless. All that radiation in the atmosphere! Yes, we already get a lot (of radiation) but not like we’re pushing electrical current through the air. Except maybe for microwaves. Aren’t microwaves converted to electrical power somewhere? Hmm. More to look up.

That shooting in Colorado: “If the shooter is a white supremacist, the event is an indictment of all white people and America. If the shooter is an Islamist, it is a completely individual act that has nothing to do with ideology.-David Harsanyi.”

And: “The Media had planned to spend the rest of the week talking about the Boulder shooting, but will now have to find something else to talk about since the shooter is a Syrian immigrant…-Matt Walsh.”

Border Migrants? More like Gate Crashers.
Anywho, things are pretty “normal” around here. Finally got field day on the RV done and it’s all ready to go tomorrow. Hate driving in morning traffic but will do what I gotta do. SWMBO is about to go pick up her aged friends and bring them over for the day. I think I hear my name being called in Southern Utah.