I’ll tell ya: When Cap picked up Thor’s hammer and wielded the lightning, it was a goose-bump moment. 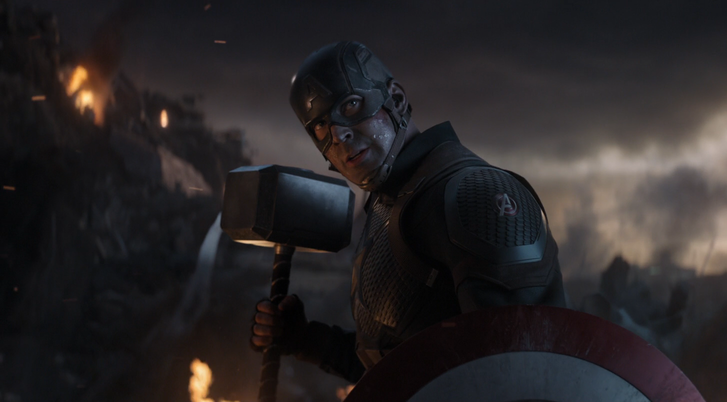 But I have no life.

Date Day and I have no date. Well, I do, but she can’t go anywhere. Unless they get a bed in Seattle; then she can go there. Once she gets settled *I* can go there. That’ll be Date Day.

Man, took a long time to get nowhere, didn’t I? That’s because it’s 0530 and I won’t wake up until the 2nd cup of coffee has kicked in.

So, drove into Port Orchard and got some “stuff” at Walmart; including the “Black Widow” movie.

Stopped at St. Vinnie’s  and got this for SWMBO: 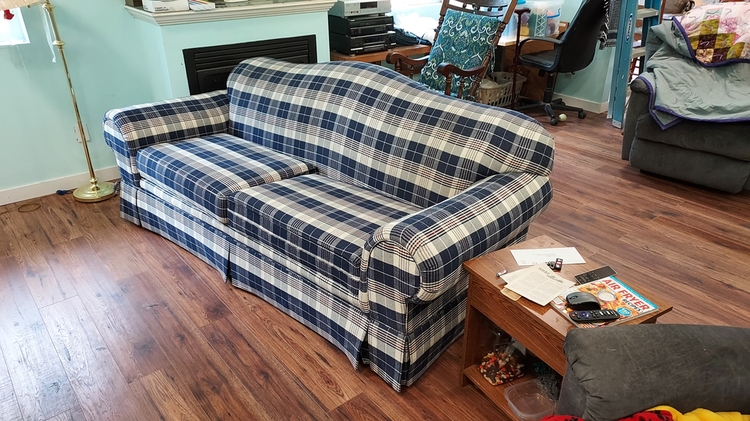 It felt fairly comfortable to me. Got some strange looks laying down on it but one guy gave a thumbs up. Guess he’s picked out a couch before.

Had only minor troubles getting the thing into the house. Only weighed about 40 lbs with the cushions removed; just bulky. And I’m getting old. Can’t move furniture like I used to way back when. Have no idea where I’m going to place my chair now. We’ll figure it out.

She did comment that I seem to be partial to plaids. Not that she wouldn’t lay on it or anything. For $35 (half price Friday) it’s in pretty good shape and they must have cleaned it. But, as always, SWMBO will have the last word.

Baked tater with lots of melted butter and a touch of sour cream for dinner. Didn’t think I was hungry until I started eating.

Hey, that was a pretty good movie. I enjoyed it. The very last after all the credits scene messes with the Avengers timeline though. Otherwise I’d think you should watch it after Captain America-Civil War and cut out that last scene completely. Or move it to the end of the last Avenger movie.

It’s like my Ma used to always tell us kids: Everyone makes mistakes but that doesn’t mean we don’t love you. So I want you to think about that as you pack your shit and get the fuck out.