Another nice day. Overcast but warmer than yesterday. Dog and I spent all our time outside getting “Spring” things done. Did a shit-load of trimming and rakeing!

Supposed to go to Milton tomorrow to look at a “Vintage 8′ Alaskan Pop Up Camper” a guy is trying to sell for $800. Would have to leave my tail-gate down but that’s doable. Long as the thing is dry on the inside, and it fits my truck without overloading it, I’ll probably get it. Seems just the thing for Me & The Dog to make our trip to Texas and back. 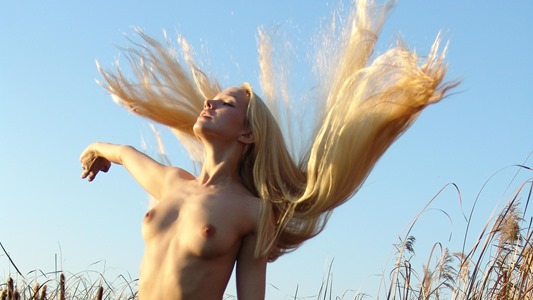 But, damn I have a pussy truck. Looking at all the labels and stuff, and the special “camper” label in the glove box, if this camper weighs too much over 859 lbs it’ll be too heavy. If it is, then what? Drag the Caravan for just the Dog and Me? Add another $2000 for gas to the total. Pay Motel charges (with Dog friendly prices added)? That’d be spendy too. Make a speed run to Texas and just get there? I could do that. Three days and wouldn’t be able to see any of the sights on the way. 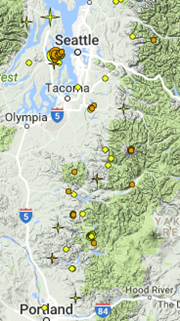 Hmmm… I am looking at a “1965 Aladdin Sultan’s Castle” out Yakima way. They’re asking $1200. Still, even if I convinced them to take $1000 that’s still over twice what I was hoping to spend. Still would be a good deal though. Looks “liveable” anyway. And not so “WaRshingtonized” on the outside to keep us out of any “decent” RV Park.

Seems we’ve had a series of small earthquakes in the area. Got everyone talking on the MCARC 2-meter Wednesday Evening Chat Net.

Wow, quite a few between Bremerton and Bainbridge Island. Cool!

Well, we’re probably as prepared as we can get for any kind of natural disaster. Would have to cook a lot of freezer food if the power went out for too long though. But, that’s life.